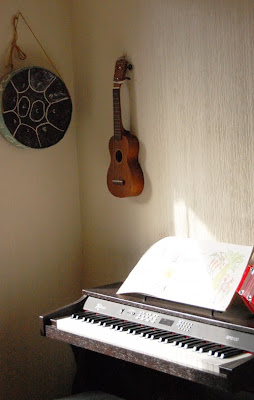 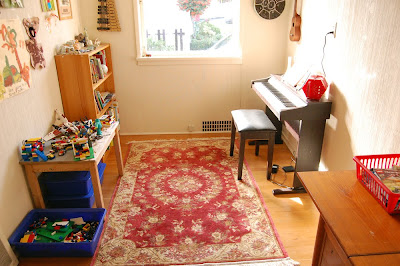 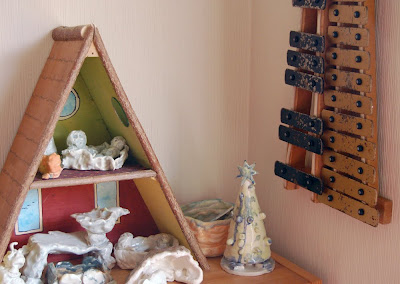 We've made a few changes around here since learning about our son's troubles at school. On the school front, he did get moved into a new reading group this week that better matches where he's actually at for reading, along with being closer to grade 2 reading levels. It seems that some of the extra help and incentives we were giving him at home paid off, and probably, he wasn't really that far behind to begin with. There is a bit of hope at the end of the tunnel after-all. He still isn't keen on going to school every morning, but I feel like we need to get through the fall and re-assess before considering a bunch of other options.
The other change I made was that I tackled the play room which was so littered with lego and stuff that you couldn't even walk inside of it. Yikes, I had really let this one go far too long!
For a while I had been wanting to set up the keyboard for the boys. Not to put them in formal piano lessons yet, but just to give them the opportunity to play music whenever they feel like it! I can't stress enough how good this switch has been- a little music room of their own for them to pull down whatever instrument and play.
The last pic shows you some of the little treasures that the boys make at the studio while I try to get a few things done. I finally found a little home for some of them to be displayed in, made by Dean's folks a few years ago as a Christmas present.
Posted by dahlhaus at 7:58 AM

This is a great idea... Music is so important to child development. And the room looks so nice and cozy... I want to sit down at that keyboard! ;)

I just found you this week...I think via artists who blog and I just want to say I think your work is simply awesome!!