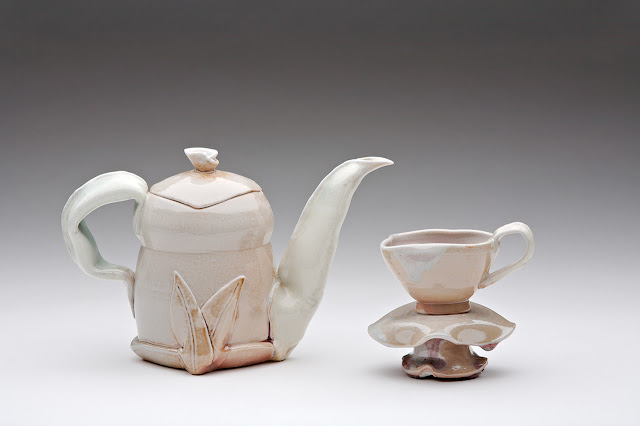 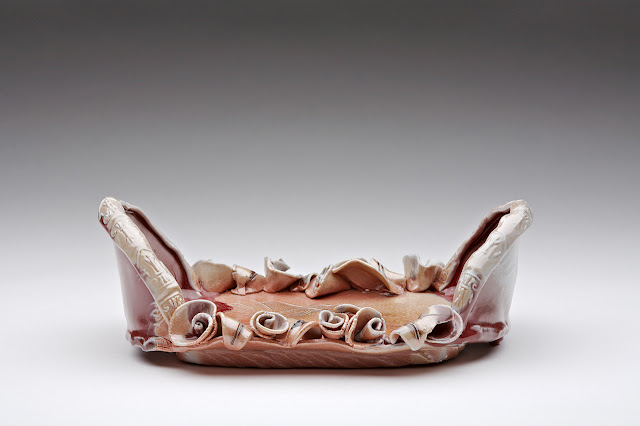 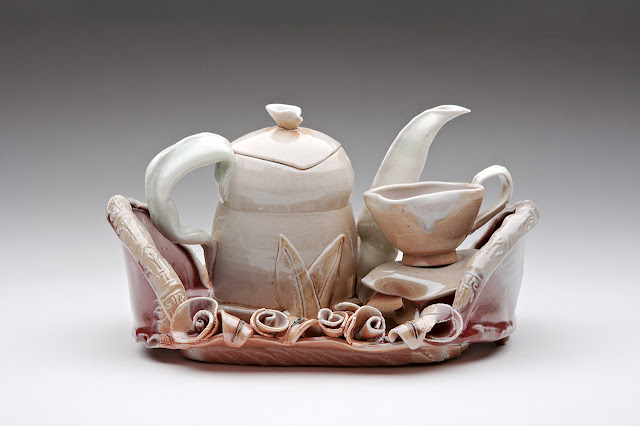 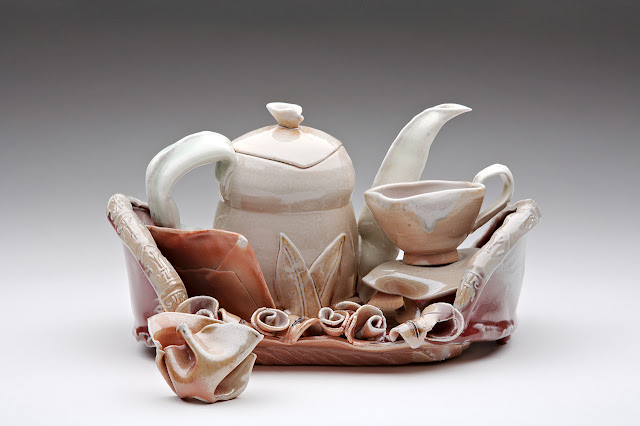 I hope you are ok with a bit more reminiscing.  You can see more of my old work on this post here.

These were some of the images I showed at the Gardiner Museum when I did my talk.  Sometimes I think it's helpful to see how far a maker can come with their ideas.  I feel like sharing some of this old work here on my blog is a little glimpse into my past and also into some of the decisions I continue to make as a practicing artist today.

At some point in my education I was extremely concerned with elevating the status or perception of utilitarian ceramics.  I guess I still am concerned with the value-system that is in out there when it comes to clay, but the work that I did in Art school was interested in the setting that functional pottery was placed in.  So I made a series of ceramic trays and ceramic shelves that were interested in the idea of display and creating a setting or place for this work to exist within the context of a gallery space.  For the most part the trays and shelves held a mixture of sculptural objects along with some vessels- mostly teacups and teapots.  I love making teapots after-all, and the ritual behind pouring a cup of tea ha led me to all sorts of conversations in clay.

This was really the only piece out of all my work in this series that actually made it to the gallery- it was exhibited in the Museum of Anthropology along with some other student's work.  Soda fired, this piece is called 'Tea for Two'.  It's a nostalgic and rather whimsical take on the long-distant relationship that I had with Dean for a year- where we wrote letters (hence the scrunched up 'paper' and 'envelope') back and forth between Winnipeg and Langley (BC) when we were still dating and sorting out what kind of relationship we wanted to have.
Posted by dahlhaus at 8:06 PM