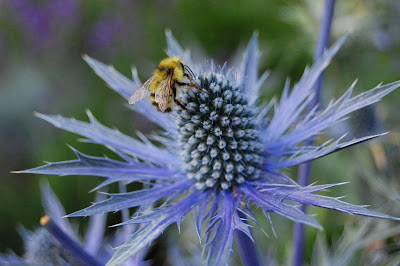 Yesterday morning a wave of fatigue hit me (I ran a red light on the way to the studio- that should have been my first clue not to forget coffee in the morning! Ahhh) and my studio mate Grace saved the day with a bit of caffeine and a little help painting poppies on mugs for me to keep me going! Thanks to Grace I got my second glaze done (which I will pull out later tonight), and then it's 'only' a mere 2 to go before it's all done! My bisque (first firing for those unfamiliar with clay language) is firing today so I had a good day of making slip for my slip-cast vases, picking up my vinyl decal for the show and being with the boys.
Posted by dahlhaus at 6:05 PM