Spotted: my mug in the West Elm Catalogue... 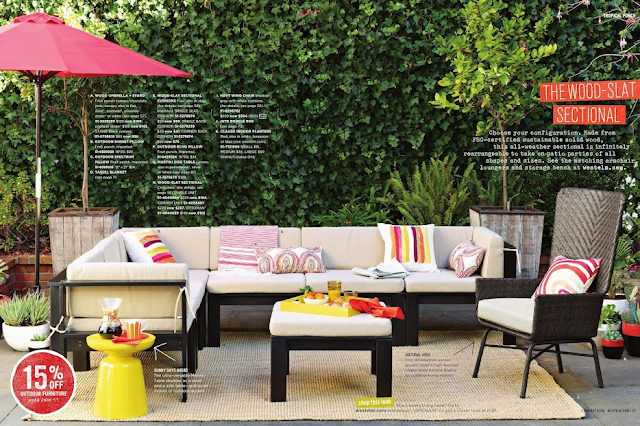 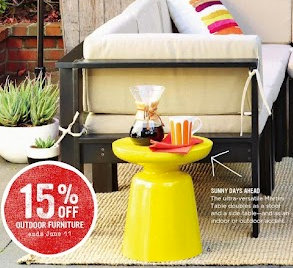 Since Vancouver doesn't have a West Elm (yet...) I made sure to visit the West Elm in Toronto.  It's always interesting who they have designing their ceramics- Michelle Michael of Elephant Ceramics has recently designed a line of vases for them that are quite lovely so I had wanted to see some in person.   And looky look, what I found in their catalogue...one of my mugs! Hmmm. Don't see any credit near by, just the details on that great yellow side table.

So what's going on here.  Yes, I'd like to know too.  Larger retailers are certainly jumping on the hand-made train.  And so should they!  Independent designers have a lot of creative appeal right now- we aren't at a desk all day with deadlines and bottom lines like many retail designers would be.  We make the work from scratch, designing as we make, and testing with many many kiln-loads of work before the work gets noticed.  Clearly retailers are starting to notice though.

After my order with Anthropologie last summer I have to admit that I wasn't quite sure what the next step would be for me as far as working with a larger retailer.  My hands felt a bit tied (and tired!)- there was no way, with the current conditions, that I could take on a larger order then 450 vases.  But for a retailer with several stores and an online shop, this was a really small run.  The designing aspect seem like it would be promising, but on checking in with a few designers, the price of giving these designs over just doesn't add up, unless you produce multiple designs (ie give a wack load of work over to the retailer).  Factor in the whole idea that everything would be made in China and I feel like the whole point of my work would be lost.

The idea of controlling production either by outsourcing my work on my own or expanding my studio both have their pros and cons, but in the end, the financials just weren't matching up.  I think it's the whole idea of wholesale that kills this system.  There's a really good reason why there are very few (if any) ceramic manufacturers left in Canada and the US.  It's because the cost of production, labour, and rent are too high for wholesaling ceramics.  And in the end, retailers want to buy ceramics for cheap.  So we get used to buying ceramics for cheap and assume that it can be made cheaply.

One last little point to this rant.  I dropped off my work at the Gallery of BC Ceramics the other day and there is an amazing show of Salt-fired pottery going on.  I started looking around- it's a real 'potter's' show- only potters would understand what it means to stoke a wood-fire kiln for 40 hours, adding hand-chopped wood sometimes every 3 minutes to get the kiln to a cone 10 temperature.  Even if the work was fired in a gas kiln with salt introduced at just the right time, it's still a 12-14 hour firing schedule that needs constant attention from someone to turn up or down the gas dials just at the right time.  So this work was laboured over- seriously stunning work that these days, most people just don't quite understand.  And the prices!!! People, when the price of a jug is $60 and the gallery takes $30, it's not even paying for the cost of materials.  Maybe some potters can afford to make work for nothing, but I certainly can't.   And if the constant perception out there in the world is that making pottery is cheap? Oi. This is going to be a really hard run.


***Incidentally, if you like the orange striped mug in the West Elm Catalogue, you might be able to find a few more over at the Curiousity Shoppe. I made a run of these mugs for a pop-up shop they did in San Fransisco last fall- which is likely where the West Elm stylists bought the mug, seeing as I haven't made the orange stripes since.  *update* apparently orange has sold out- guess I should make a few more;)!
Posted by dahlhaus at 8:58 AM