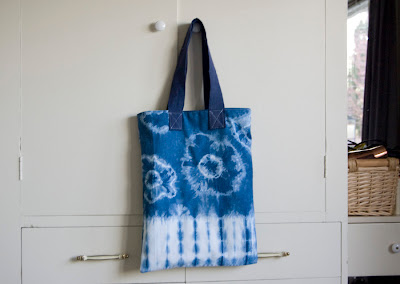 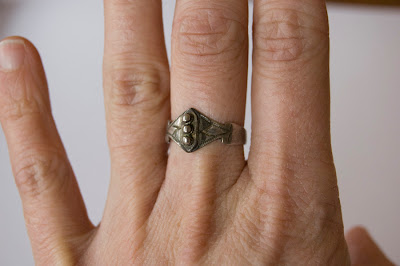 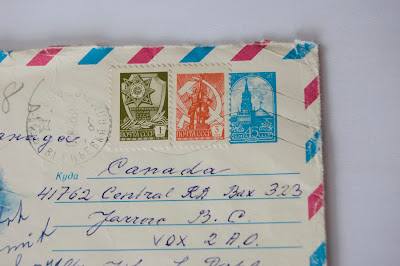 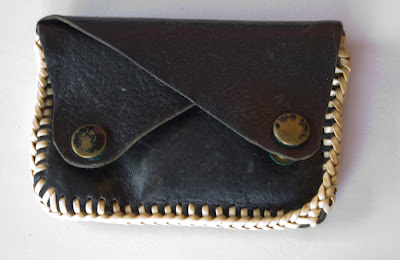 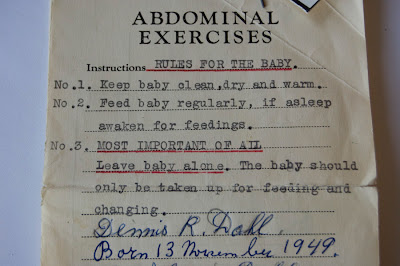 I did finally get to sewing a tote bag out of fabric that I had dyed this last summer.  I used an Ikea cushion cover that had a broken zipper on it for the lining.  It feels good to re-use something for another purpose or another life.
This weekend the boys and I took a trip to the Family farm.  Johnny has a school project that he's working on about documenting a family treasure- he has to interview someone about the treasure, take photos and tell the story behind the treasure.  So out of a few possibilities he chose a friendship ring given to his Great-Grandmother as she left Russia to come to Canada in 1924.  We looked through old letters from family that stayed behind during Soviet Russia.  One of her brothers who was thought to have died in a work camp during Stalin's reign was re-united with our family about 12 years ago, only a few years after the death of his sister.
I particularly liked the wallet that the ring was found in- such a great design.  Each of those corner flaps opened up to a pocket.
And check out the 'Rules for the baby' Great-grandma Dahl got when she had one of her son's in 1949.  'Most important of all.  Leave Baby alone.'  It really is a wonder babies survived with advice like that!
Posted by dahlhaus at 7:41 AM

Love that bag! Interesting finds, too!