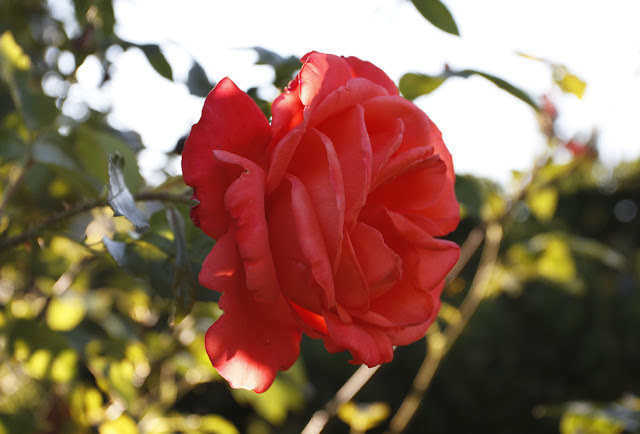 We received the news this past weekend that my great-aunt Nettie passed away. My great-aunt was a potter for many years who inspired me to keep at it in the ceramics department when I was in college.  She lived in Ontario and wasn't able to visit too often, but when she did, she was such fun, had such energy and her passion for clay was huge.  She would phone me to talk about pottery and she found a way to ship a wheel, books, and supplies to me before my final year at Art school.   Her passion for pottery was contagious as I began to think about how I could make a career out of clay.

After caring for her husband who died of cancer, my aunt fell very ill.  Uncharacteristically, she couldn't get out of bed and was unable to move and speak without her speech being slurred.  It was as though she had had a stroke, although doctors were saying that it was a type of Parkinsons disease that had come on suddenly.  After many years it became apparent that she wasn't going to recover so she was put in the care of a very good home.  My dad's cousin and wife (she never had children, but 'adopted' her nephew's family as her kids) cared for her, visited her, helped her write and publish part of her life story, connected her with her potter's guild friends, and even helped make plans for me to visit her last year.  We knew she was getting close to the end of her life- she was 89 turning 90 next week, so her passing wasn't a surprise.  Her life will be remembered on Friday but her legacy in clay will remain and live on -hopefully in a way through me, but also through the many people she mentored and encouraged at the Waterloo Potter's Workshop, where she had many friends and colleagues in clay.

I spent a few hours co-ordinating flights for my Aunt Tina and my grandma (Nettie's sisters) who will be going with my dad to the memorial.  With Dean away this week I wasn't able to attend- but I'm sure it will be a meaningful time.
Posted by dahlhaus at 8:49 AM

I am sorry for your Loss. I love your work and have two of your gorgeous mugs here in Australia which I love to drink out of. I didn't pay for a mug, I paid for two gorgeous pieces of work that were lovingly made by someone whom cared enough to interact with me a world away and my morning tea or coffee is more special due to this interactive purchase. Thank you and i will purchase more work from you in the future regardless of price... chipping of mugs...not fussed...if it happens its part of the story!
Lisa

Oops, plus I think it is important to value and take care of something and not be so laid back and disposable about purchases! Would love some flat white cups one day!

sorry, flatwhite as in the coffee not colour!!!! sorry, delirious from no sleep, boy number 3 partying all night little monkey.

Hi Lisa- Love it! Sometimes I wish these comments had an edit button too;)- thanks for the kind comments and perspective!