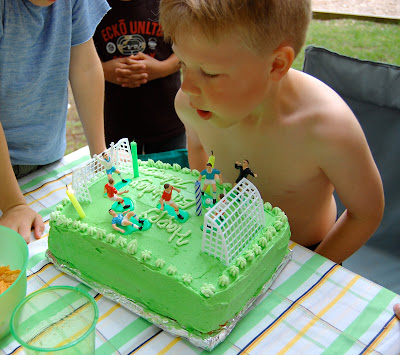 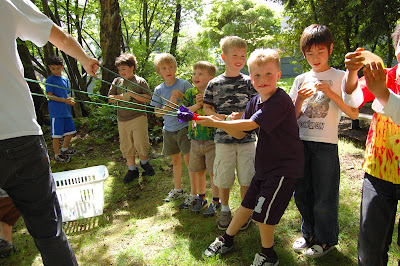 Today, 7 years ago, I gave birth to my first child, Johnny. My husband wanted to call him Seven originally, but I thought we should call him after most of the men in our families who have John in their name somewhere. Johnny's birth and labour were pretty intense with a long road to recover afterward. My 'saving grace' in the situation was that I had an incredibly healthy and joyful baby that I couldn't help but feel blessed! I absolutely adored Johnny as an infant, and since I had a paid maternity leave at the time, my energy was spent on caring for this new life that had been given to me to care for!
7 years later we celebrated Johnny's party at a park up the street, with 7 friends. We had a photo scavenger hunt in the park, played a capture the flag game (that turned into a tackling game pretty quick so we switched gears after that happened...), had a water-balloon launch, a piniata, play time at the park and a pretty sweet cake that I made with soccer guys on top. It was one to be remembered!
Posted by dahlhaus at 9:18 AM